Leah was a doctoral student in epidemiology at McGill from 2010 to 2014. For her thesis, Leah used the regression discontinuity design to assess the impact of human papillomavirus (HPV) vaccination on adolescent health outcomes, such as cervical dysplasia, anogenital warts, and indicators of sexual activities. This work was executed under the supervision of Dr. Jay Kaufman (McGill University), Dr. Erin Strumpf (McGill University), and Dr. Linda Lévesque (Queen’s University). Leah also holds an MSc in epidemiology from Queen’s University and a BSc (Honours) in Psychology from Memorial University of Newfoundland. She is currently living in St John's, Newfoundland where she is Senior Manager for Surveillance at the Canadian Cancer Society.

Patricia was a physician and public health specialist with a Masters and Doctoral degrees in Public Health from the University of Chile.  She died on 24 June 2019.  Her dissertation research, under the co-supervision of Dr. Jay Kaufman and Dr. Paulina Pino focused on equity of access to health care in Chile using data from national household surveys. At the time of her death she was Director of the University of Chile’s School of Public Health.  Her research interests included health inequities, social determinants of health, health reform, health rights and social guarantees. 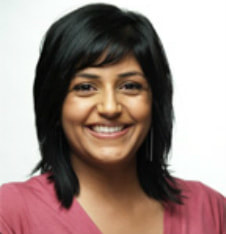 Lena Shah (Tim Brewer, Co-Advisor)
Lena Shah was a Steinberg Global Health Postdoctoral Fellow at McGill from 2015 to 2017.  She received her PhD in Epidemiology from McGill University and a Masters of Community Health from the University of Manitoba. Lena spent past three years in Lima, Peru undertaking her doctoral research on the role of household contact tracing in a tuberculosis (TB) endemic area.  Previously she was a Field Epidemiologist (2006-08, cohort 32) with the Canadian Field Epidemiology Program (CFEP) of the Public Health Agency of Canada placed at the British Columbia Centre for Disease Control in Vancouver. Lena’s collaboration on the investigation of a TB outbreak on Vancouver Island resulted in a co-authored publication in the New England Journal of Medicine (2011).  Her areas of interest include field epidemiology, transmission of TB, HIV and sexually transmitted infections, social network analysis and applied public health research. She currently works for Public Health Agency of Canada (PHAC). 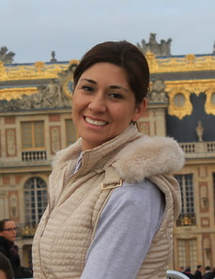 Loreto holds a Master’s degree in Public Health with specialization in Epidemiology, from the Florida International University.  She has developed her career working on socioeconomic and racial inequities in health. She completed a doctoral degree the University of Chile under Dr. Kaufman's supervision on the effect of neighborhood in health, and analysis of geographical inequalities in mortality. The aim was to analyze the distribution of standardized mortality rate in Santiago and the relationship with socio-economic characteristics of each census track using a Bayesian approach for small areas.  She is currently Assistant Professor in the Department of Health Promotion for Women and Newborns at the University of Chile.

Michelle obtained her PhD in epidemiology in December 2019 under the co-supervision of Dr. Jay Kaufman and Dr. Robert Platt and in collaboration with Dr. Jennifer Hutcheon (University of British Columbia), Dr. Katherine Himes (University of Pittsburgh), and Dr. Lisa Bodnar (University of Pittsburgh).  Michelle’s doctoral thesis was focused on applying advanced statistical methods to study the relationship between maternal weight gain and perinatal outcomes in large cohorts of twin and singleton pregnancies; her doctoral studies were supported by the Alexander McFee, Graduate Excellence, and Ferring Fellowships, and Institute for Health and Social Policy Graduate Award, and Fonds de la Recherche en Santé du Quebec Doctoral Award, and one of her manuscripts was a Tyroler Student Paper Prize Finalist (Society for Epidemiologic Research, 2020).  Michelle is interested in applying advanced statistical methods to answer elusive research questions about perinatal health and infectious diseases worldwide.  She is currently a Research Fellow at the Centre for Global Child Health, Hospital for Sick Children, Toronto, Canada.

Oduro was a Queen Elizabeth II Common Threads through the Commonwealth (QES-CTC) Scholar who obtained a a PhD in Epidemiology under the supervision of Drs. Jay Kaufman and Ari Nandi in December 2019.  He is a physician and holds a Master of Public Health degree from Harvard University. He previously served as a clinician and medical director in a rural hospital in Ghana, where he focused on maternal health, infectious diseases and quality improvement. His interests include epidemiological methods, public health ethics and the evaluation of large-scale interventions. His PhD thesis focused on causal inference techniques applied to rural-urban health disparities in maternal and child health outcomes in Ghana.  He plays the bass guitar and dreams of forming his own jazz band some day. He is currently a Research Analyst at Analysis Group in Montreal.

Mabel pursued her doctoral studies at McGill University under the supervision of Dr. Jay Kaufman, held a Richard H. Tomlinson Fellowship, and then a CIHR Doctoral Fellowship.  She previously received a degree in medicine in Colombia (Universidad Libre-Cali) and a MSc in epidemiology of infectious diseases from the Institute of Tropical Medicine “Pedro Kouri”-IPK (Cuba). She has worked in the field of infectious diseases for a decade, especially on dengue fever; first at the International Research and Training Center (CIDEIM) and later with the Dengue Vaccine Initiative consortium (DVI) as field epidemiologist for Latin America and West Africa. Her research interests include field epidemiology and applied public health research, infectious diseases (global burden and diseases transmission), health inequalities, and social determinants of health.  Mabel enjoys salsa dancing, jazz music and trying different types of international food as her non-academic interests. She is currently a Post-Doctoral Fellow at the University of Toronto under the supervision of Arjumand Siddiqi. 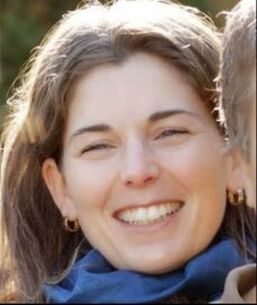 Tanya was a PhD student in epidemiology 2014-2020 and was co-supervised by Seungmi Yang and Jay Kaufman.  After completing her MSc in epidemiology at McGill, Tanya worked as a data analyst on the clinical epidemiology of HIV and hepatitis treatment and progression. Her PhD research moved into child health and policy research. Her thesis topic was the effect of Quebec childcare programs on child obesity and self-regulation. Her interests are also methodological; in particular, nested and longitudinal models, measurement, and causal and Bayesian inference. Her PhD research project was funded by a CIHR grant and an FRQS fellowship.

Former Research Assistant (and Designer of this Web Page)

Lena Dolman
Lena holds a Master's in Human Genetics from McGill University. At McGill she worked on systematic reviews and analysis projects on the contribution of genomic research to the understanding and explanation of racial disparities in health. Currently she is Operations Manager for the Global Alliance for Genomics and Health in Toronto, Ontario (www.genomicsandhealth.org).  In July 2018, she began medical school at McMaster University in Hamilton, Ontario.